ValuCare cardholders have the option to choose the hospital and doctor from the pool of accredited providers. They can also seek the assistance of our medical coordinators if they do not have a particular preference in any of our accredited hospitals and clinics.

A team of Client Service Staff Specialists is on hand to assist the planholders.

A team of Medical Liaison Officers is tasked to ensure the proper delivery of medical services. This team is trained to make immediate decisions to ensure a friendly, convenient and hassle-free service. In making sure that members are well-attended to during their confinement, hospital visits are made within 24 hours of admission.

NETWORK PROVIDERS
ValuCare has one of the most comprehensive provider networks in the HMO industry. Its more than 1,300 accredited hospitals and clinics, 990 dental clinics, and 19,000+ medical specialists are all equipped to render medical services to all plan holders nationwide. The continuous expansion and regulation of this network is assured by the ValuCare Provider Relations team, making sure that access to healthcare is made available to all members anywhere they are.

The ValuCare Alarm System is decentralized; each Center (VC-Meralco Avenue, VC-Makati, VC-PCS North Edsa/QC, VC-The Medical City, VC-St. Lukes Medical Center QC, including all the VC corporate clinics and provincial offices) is equipped with a local approval system designed for the convenience of members in the area.

UTILIZATION MANAGEMENT
The team is responsible for the monitoring, measurement and preparation of reports relevant to the efficiency of strategic utilization management programs implemented by key departments.

Essential elements include the timely preparation of utilization reviews and the precise valuation of medical requirements tailor-fitted to client requirements. 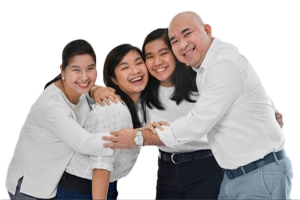 FAMILY ACCOUNT
Minimum of 3 members, with at least one (1) adult as principal member. 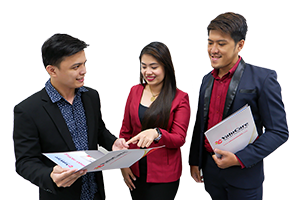 Need More Information? Please Contact Us:
Tel no: 8702 3382 or e-mail us at wecare@valuecarehealth.com

An illness or injury is considered to be in existence prior to the effective date of the planholder coverage in any of the following cases:

Applicant is required to accomplish an application form which shall be subjected to evaluation based on ValuCare Underwriting's PEC waiver guidelines. ValuCare shall cover pre-existing conditions only after the first 12 months of membership, as provided below, upon approval of application, unless the condition falls under the provision on exclusions and limitations as stated in this Agreement:

4th and succeeding years – covered up to 100% of MCB (per illness per year) for all medical cases.